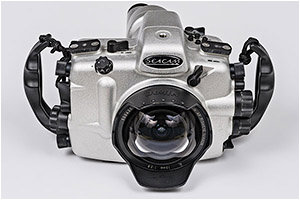 The underwater Nikonos RS R-UW AF 13mm f2.8 Fisheye lens was, in the days of film cameras, known as the concept of optical excellence in underwater wide-angle photography. Today, in the era of modern digital cameras, no one considers to use the out-dated film Nikonos RS any more. Nikon, unfortunately, shows absolutely no interest in producing a digital version of the once famous Nikonos RS, thus making the use of these excellent underwater lenses obsolete. 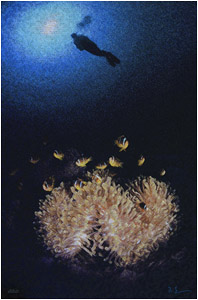 Company Ercigoj Embroidery has asked for cooperation some established Slovenian photographers, including me as a representative of underwater photographers. They have produced embroidered pictures from our digital files. Each picture was produced in two copies only - one remains at manufacturer and one is the property of the author. 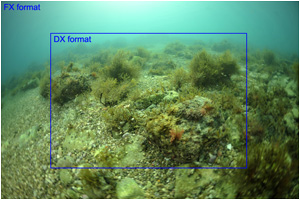 DX or FX (Which sensor size is better for underwater photography?)

A debate often ensues among underwater photographers over which image sensor format is more suitable for underwater photography – the small format (Nikon calls it DX) or the large "full-frame" format (Nikon has termed it FX). The FX (large) format offers numerous advantages for general photography and is widely considered to be the "professional" format. Its two main benefits are a higher quality of image in unfavourable light conditions (when using high ISO sensitivity settings) and the "preservation" of lens’ angle of view. 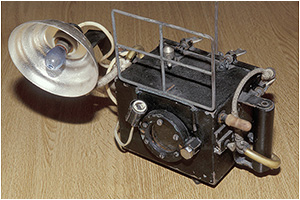 History of Underwater Photography in Slovenia